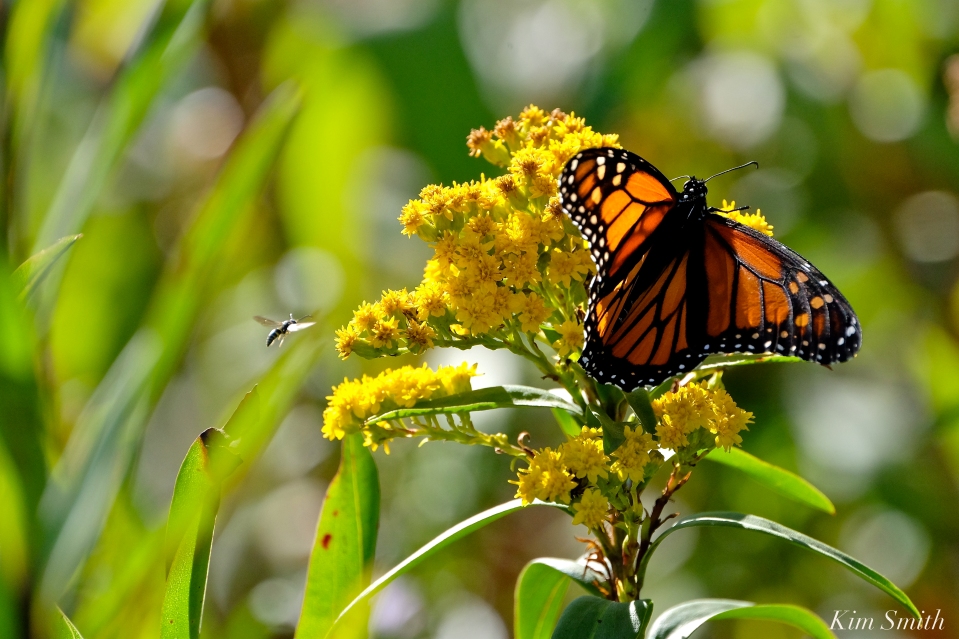 After departing the shores of Cape Ann in autumn, where is the Monarch’s next destination on their several thousand mile journey to Mexico?  Cape Ann Monarchs join the stream of Monarchs that are migrating southward along the Atlantic Coast. They hug the coastline, crossing bays and ponds, and pausing at beaches to nectar and rest when caught in a headwind or during a storm. When weather and habitat variables combine to create a favorable year for the Monarchs, there may be tens of thousands, perhaps hundreds of thousands, of butterflies traveling along the Atlantic Coast beaches. 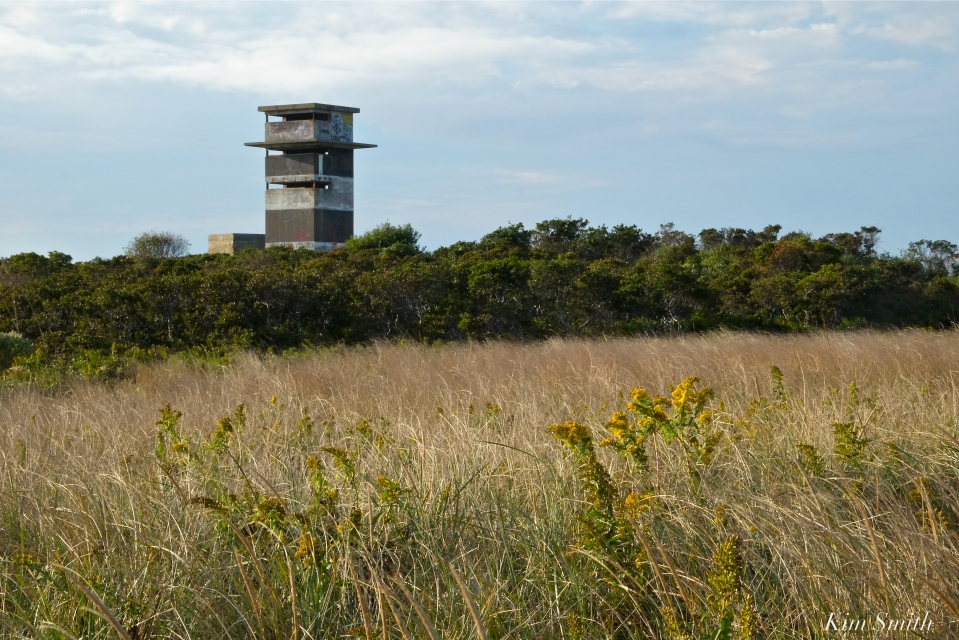 The Gooseberry Island old lookout tower is surrounded by a sea of Seaside Goldenrod.

The next major stopover is Westport in Massachusetts, at Gooseberry Island and Allen’s Pond Wildlife Sancturary. Here they find dunes and fields of nectar-rich wildflowers such as Frost Asters, Purple-stemmed Asters, Seaside Goldenrod, Knapweed, Red Clover, and more. 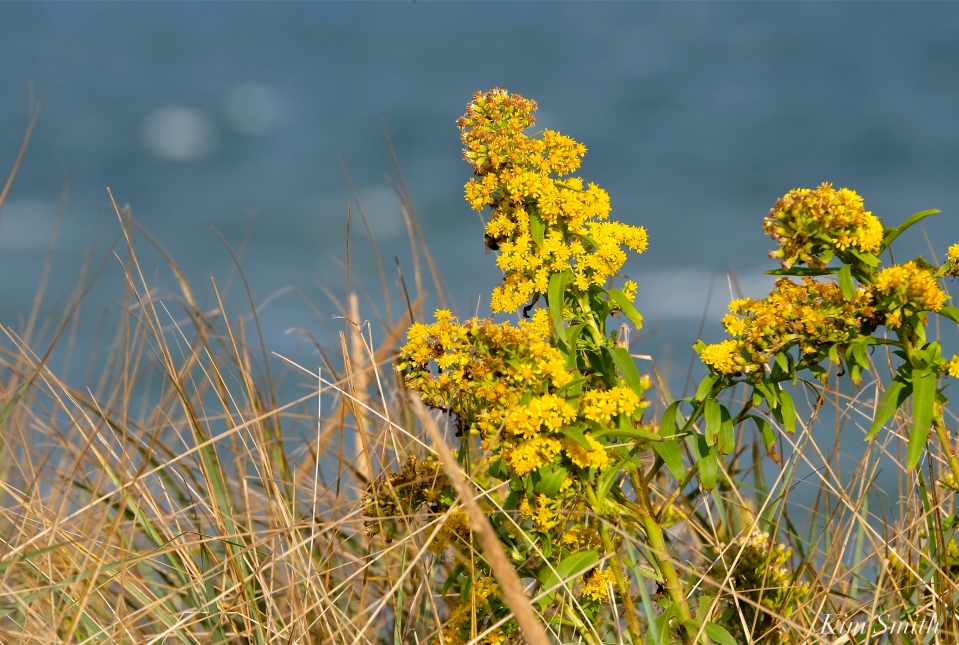 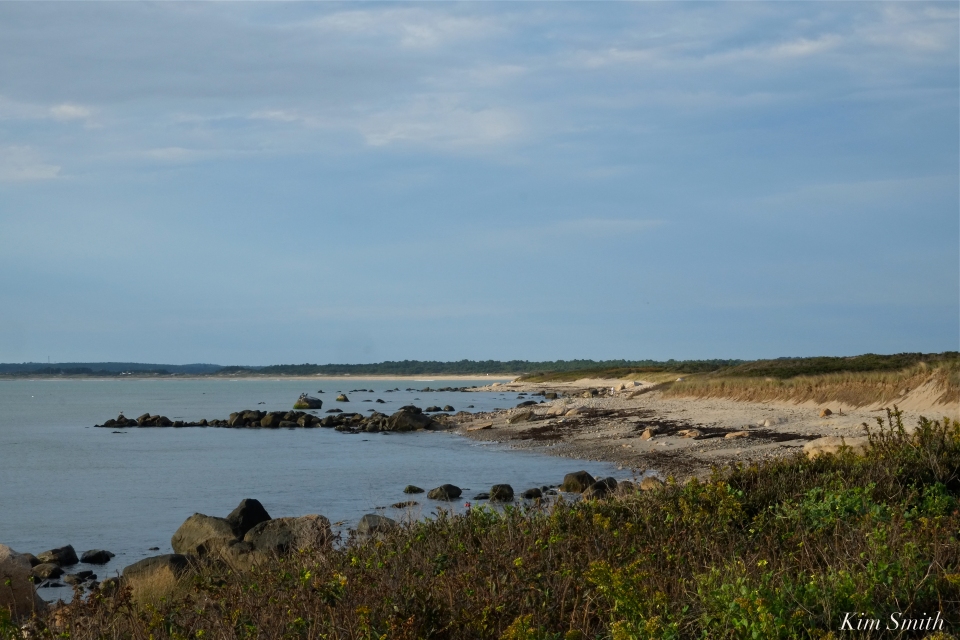 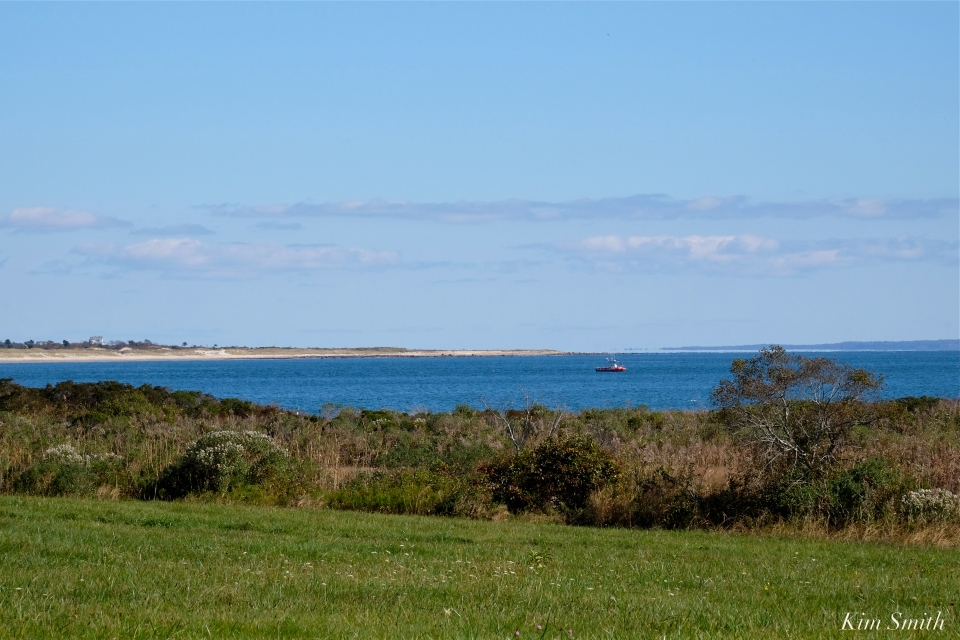 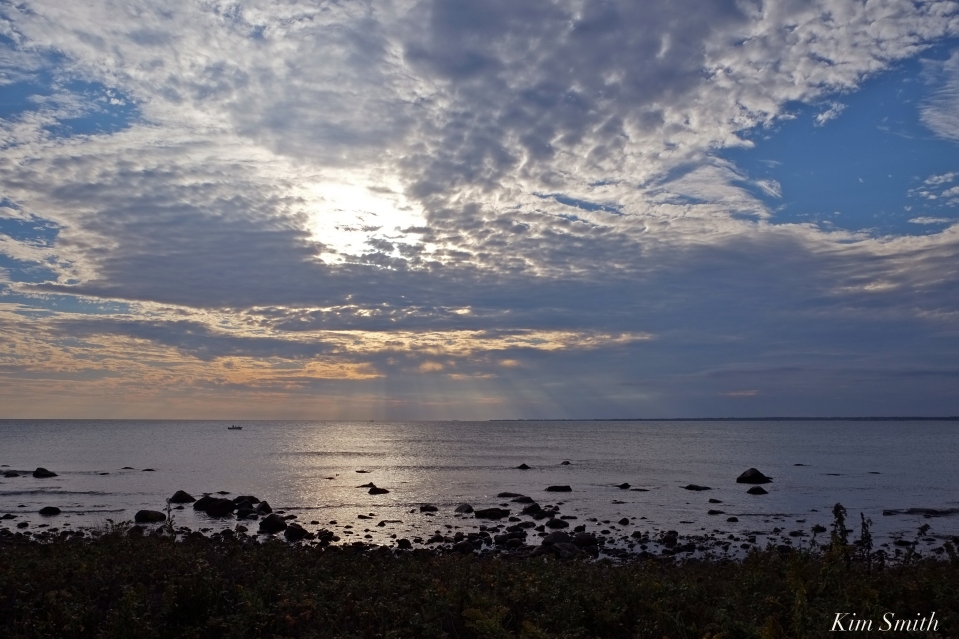 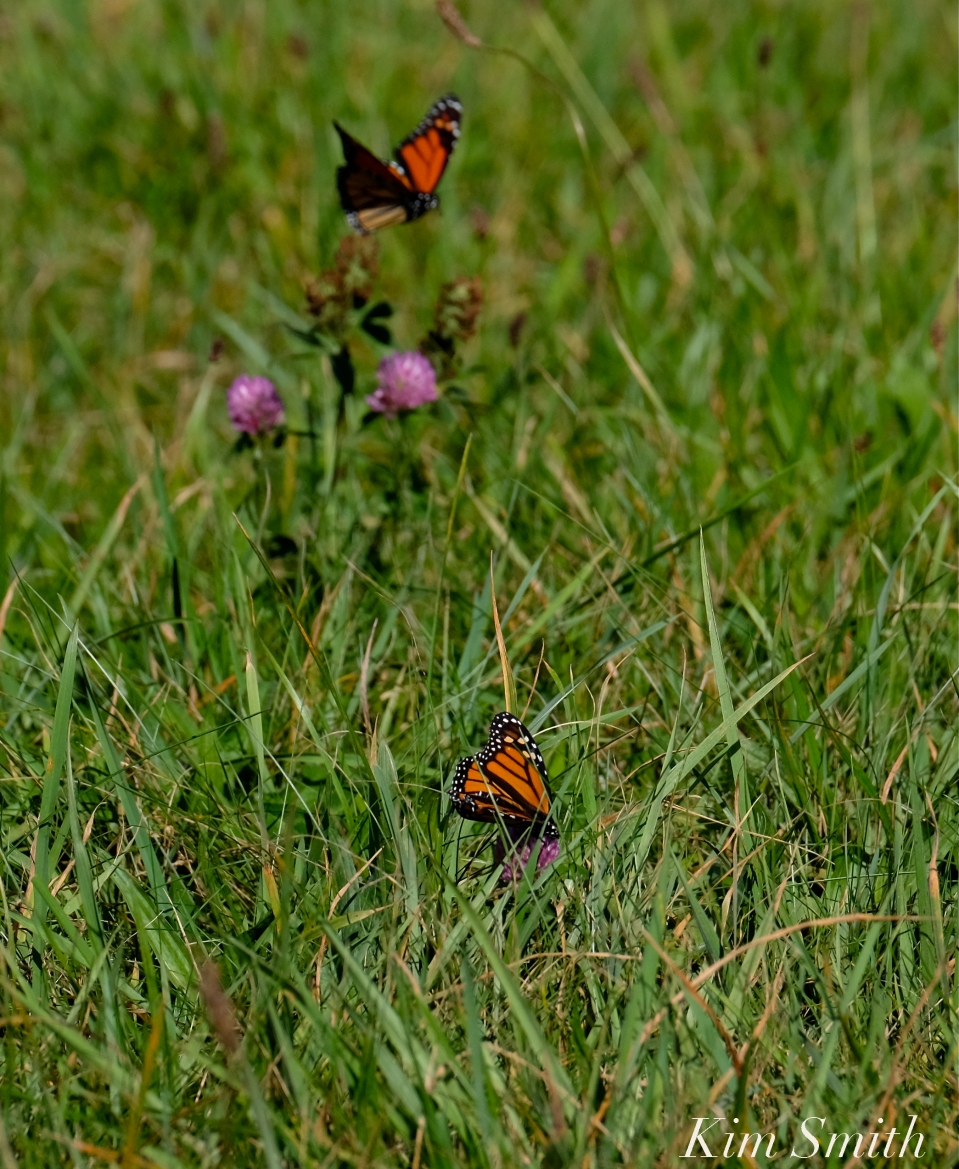 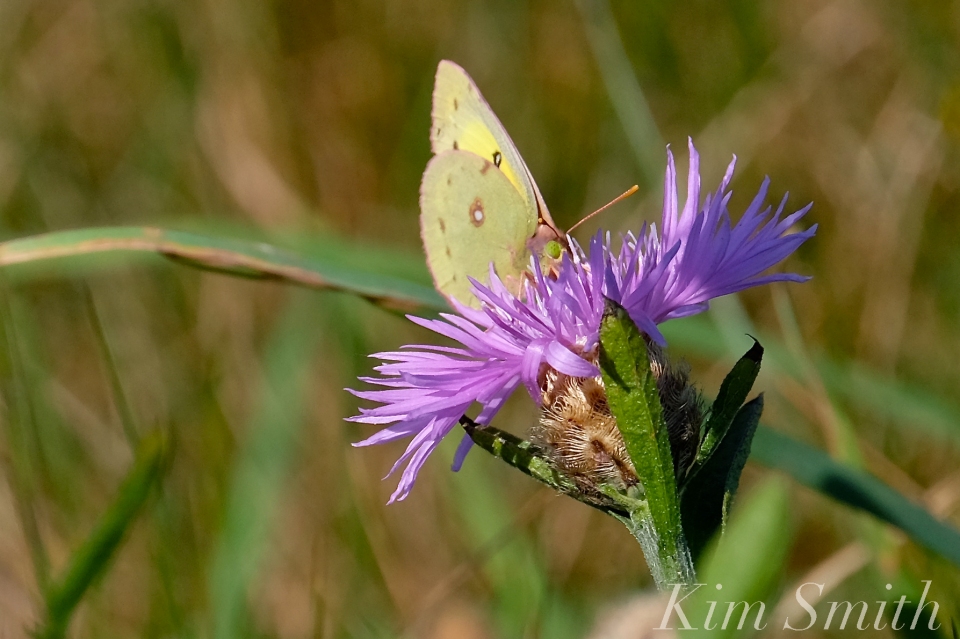 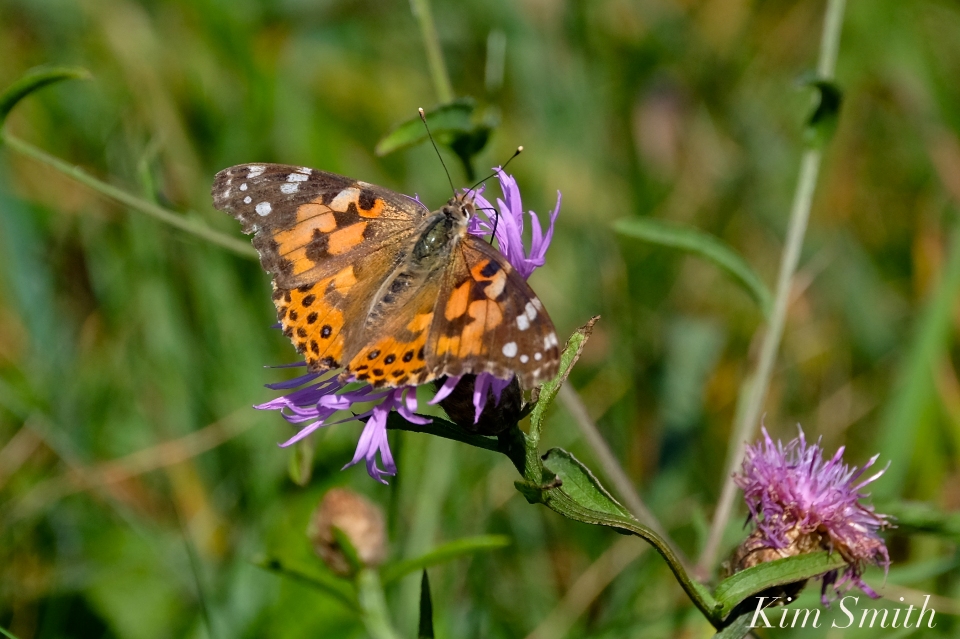 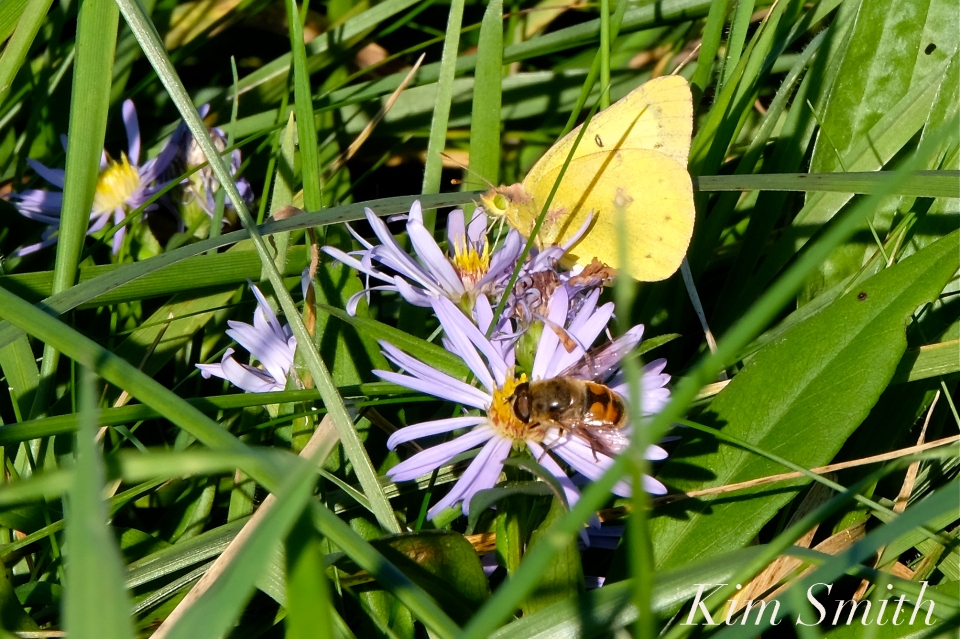 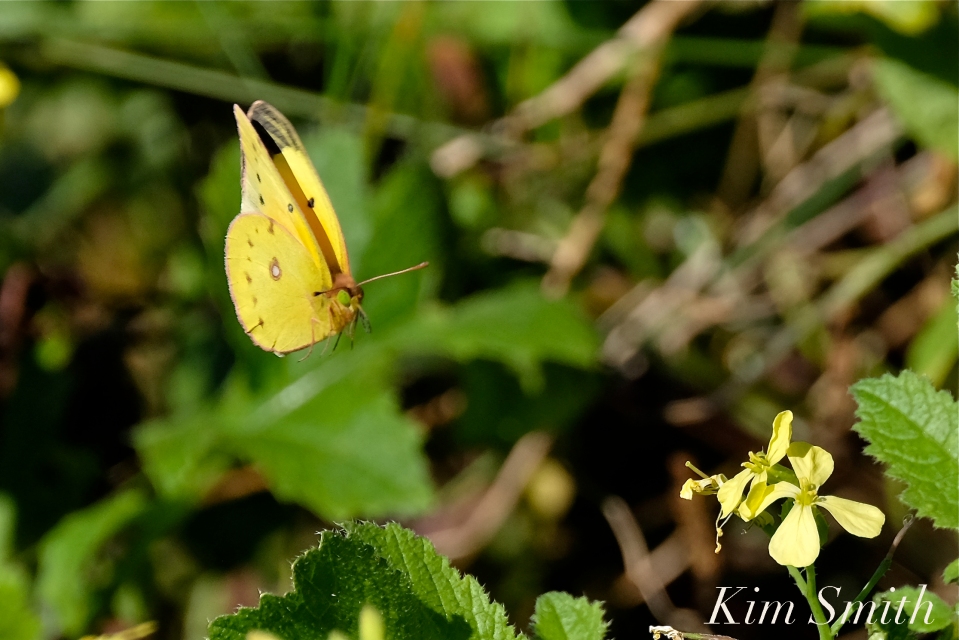 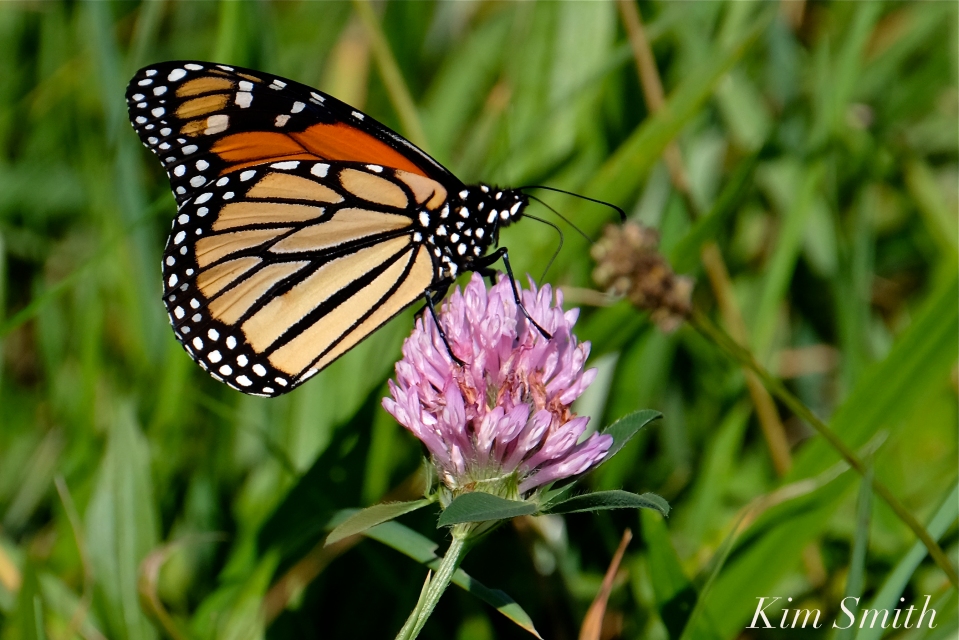 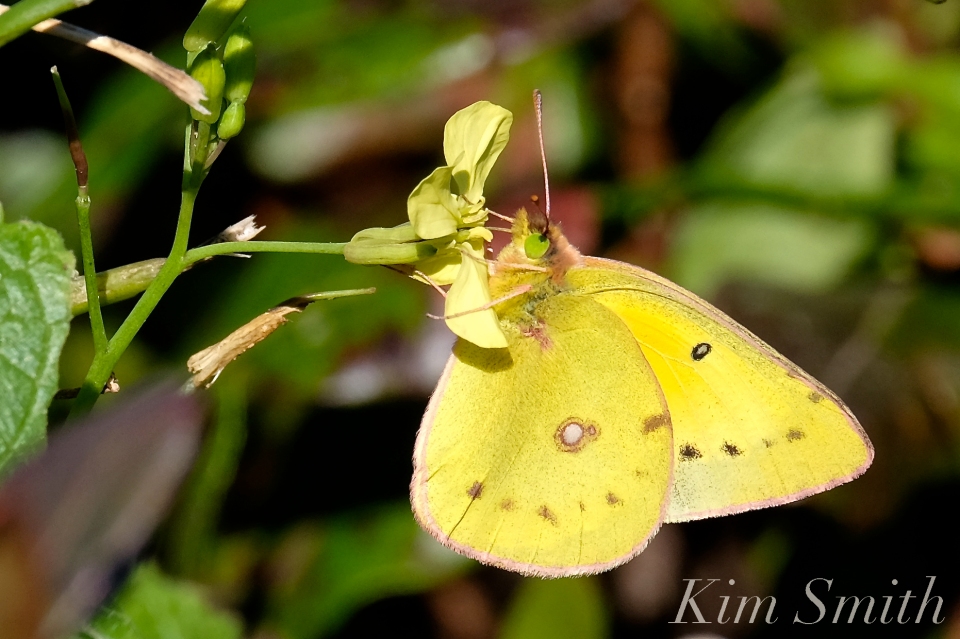 The sanctuary at Allen’s Pond is host to many species of butterflies during the Monarch’s fall migration, including Clouded Sulphurs, Orange Sulphurs, and Painted Ladies.  They, too, drink nectar from the Knapweed, Red Clover, asters, goldenrod, and Black Mustard in the sanctuary fields.

The Atlantic Monarchs next head to New York, traveling along the coast of Long Island, from the eastern tip of Montauk, southwest to Fire Island, and continuing to Coney Island. On the day of October 9th, because of a storm passing through, a batch of migrating Monarchs was “stuck” on Plumb Island in Brooklyn.  After the storm passed the following morning, tens of thousand of Monarchs were observed flying over the dunes and along the beach, resuming their journey south. 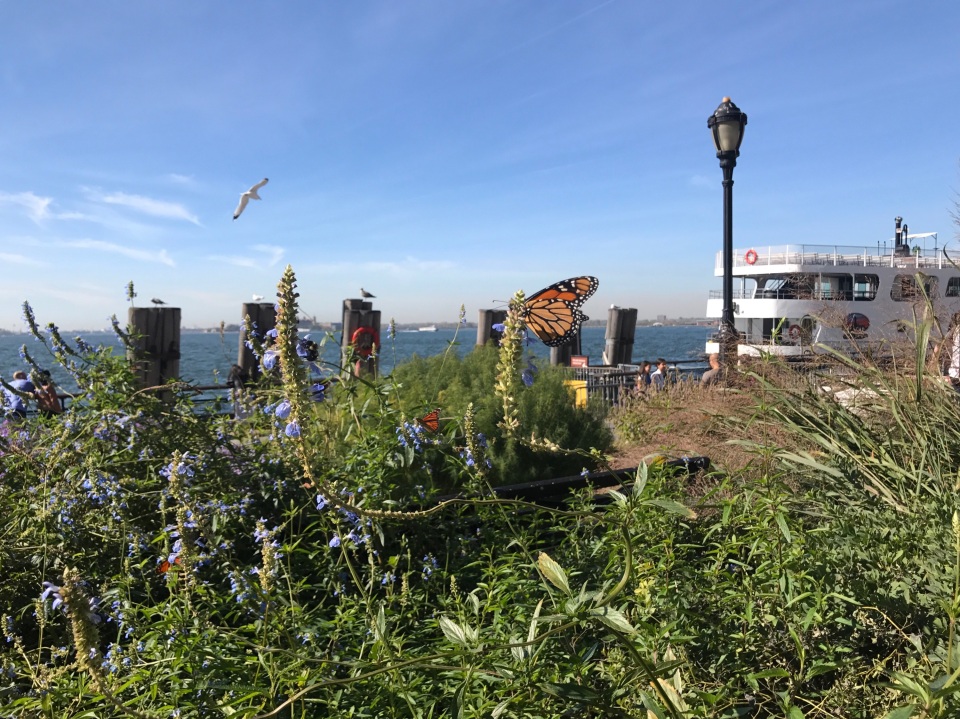 Monarchs in the gardens at Battery Park with ferry to the Statue of Liberty in the background. Liv Photo.

Our daughter Liv reports that over the weekend of October 21-22, New York City was teeming with Monarchs. She observed hundreds at Coney Island on Saturday, and even more at the gardens at Battery Park on Sunday. Liv has even seen them in the NYC underground subway stations!

After departing the shores of Long Island and NYC, the next great stopover and roosting area is Cape May, New Jersey. The Monarchs pause along the way, stopping to drink nectar and rest on the barrier beaches of the Jersey Shore. Latest field reports suggest that the dunes and fields of Cape May are rife with Seaside Goldenrod that is still in bloom. I am on my way there today and will report all that I see. 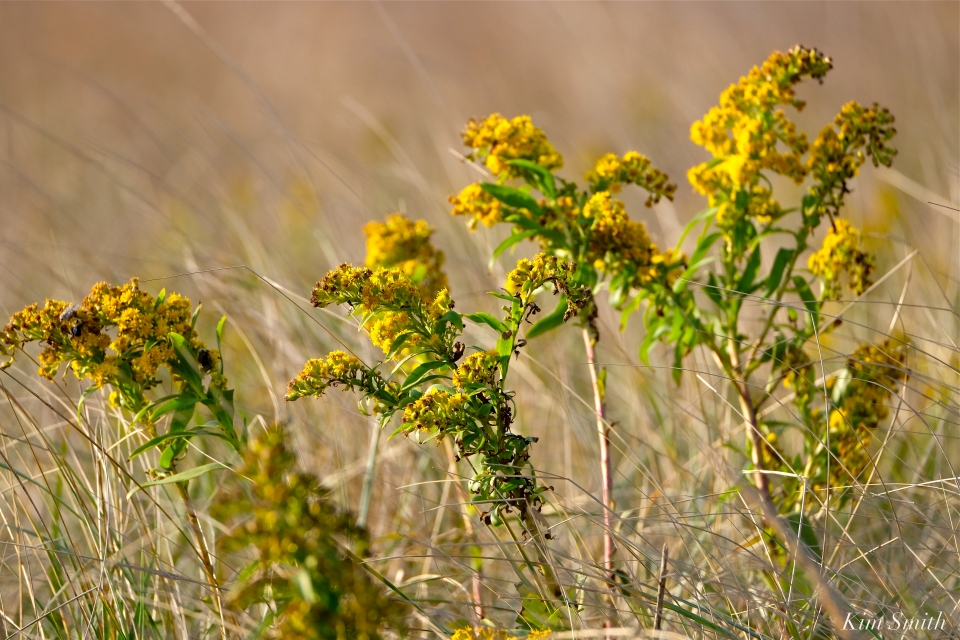 From Cape May Point the Monarchs travel ten miles across the Delaware Bay, then journey along the eastern shores of Delaware, Maryland, and Virginia. Some years the Monarchs converge by the millions at the Virginia National Wildlife Refuge waiting for the right winds to carry them across the Chesapeake Bay.

Some Monarch Butterflies travel to Florida, but most are funneled in through the Appalachian and Rocky Mountains, on into Texas and central Mexico.

If you would like to help towards the completion of my documentary film Beauty on the Wing: Life Story of the Monarch Butterfly, filmed in the wilds of Cape Ann and Angangueo, Mexico, please consider making a tax deductible donation here:

Donors contributing over $5,000. will be listed in the credits as a film producer.

Thank you so very much for your help.