Please join us for a free live premiere of Beauty on the Wing: Life Story of the Monarch Butterfly at the Shalin Liu on Thursday, September 23rd, at 7pm. I hope to see you there! Masks are required to be worn at all times while in the hall. For more information go here. Presented by the Boston Film Festival and Rockport Music.

Unusual, but not unheard of, every year during the Monarch’s annual southward migration, I come across a pair, sometimes two, that are mating. This year was no exception. The butterflies apparently did not get the 411 that they are supposed to be migrating, not mating!

The Monarchs that eclose (emerge from their chrysalides) at the end of the summer are the Methuselah Monarchs, or a super generation of Monarchs. These Super Monarchs eclose in a state of sexual immaturity, or diapause. Rather than expending energy looking for a mate and egg laying, they spend all their days drinking nectar and building their fat reserves for the long journey south. They are often a bit larger than their counterparts that emerge earlier in the summer and they are biologically oriented to fly southward. Methuselah Monarchs live about eight months, nearly eight times longer than the spring and early summer Monarchs. They are called Methuselah Monarchs  after the Biblical patriarch who is said to have lived 969 years.

While joined together, abdomen to abdomen, the mating Monarchs flew into a neighboring tree.

Occasionally though individuals are reproductively active. I often wondered what happens to the Monarchs that mate in September. Do they lay eggs, will the eggs hatch, and will the caterpillars complete metamorphosis?

The first question has been answered. A beautiful female, apparently newly emerged, with vibrant fully intact wings, arrived in our garden and laid dozens and dozens of eggs. I  placed many, but not all, of the eggs in our terrariums. Will these eggs hatch? We’ll know within the next week or so. I’ll keep you posted on these late September babes. If they go through their entire life cycle, they won’t be ready to fly off for another five weeks or thereabouts. The butterflies most likely will not make it to Mexico, but may journey as far as Florida, where they will spend the cooler months.

Four eggs on one leaf! 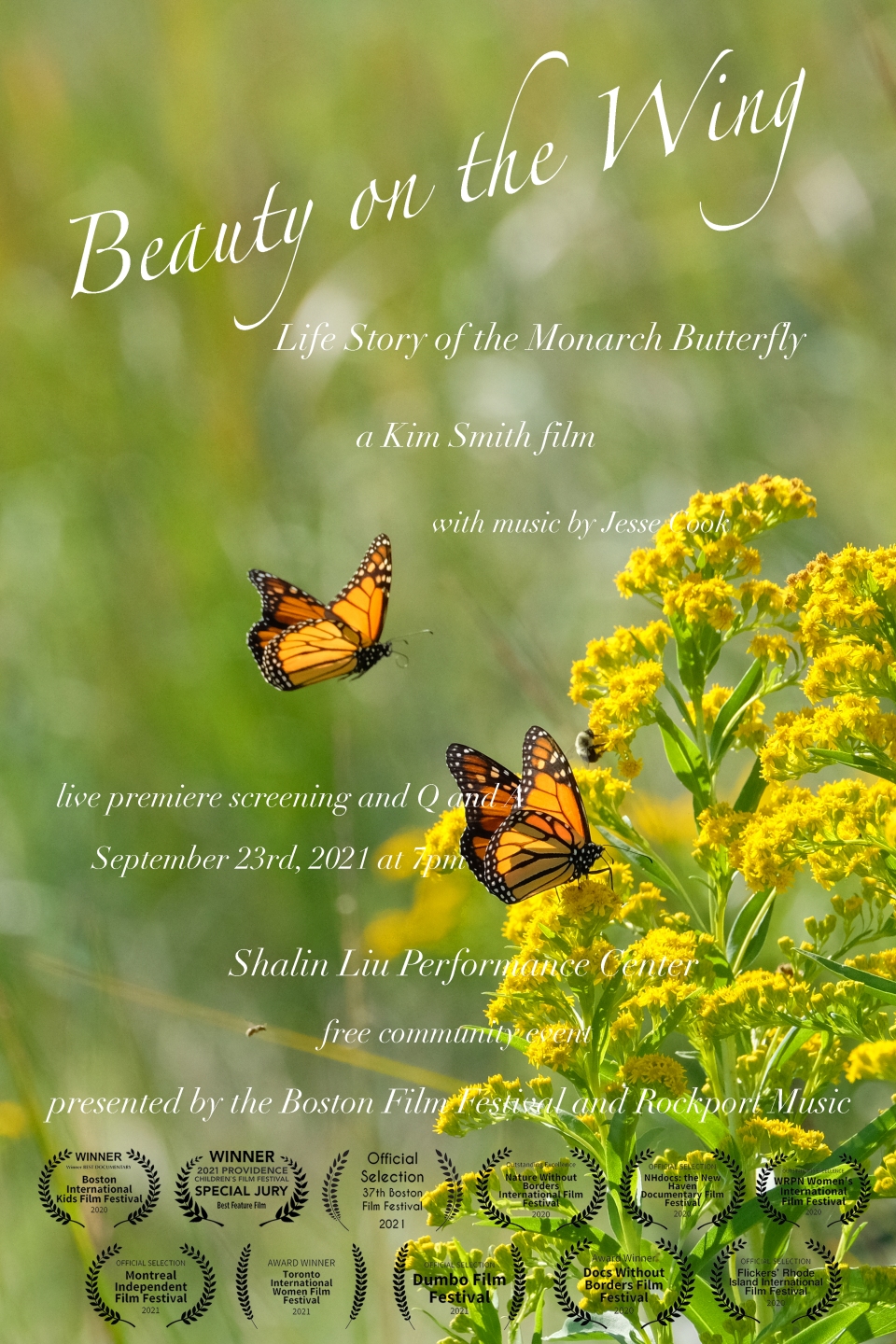