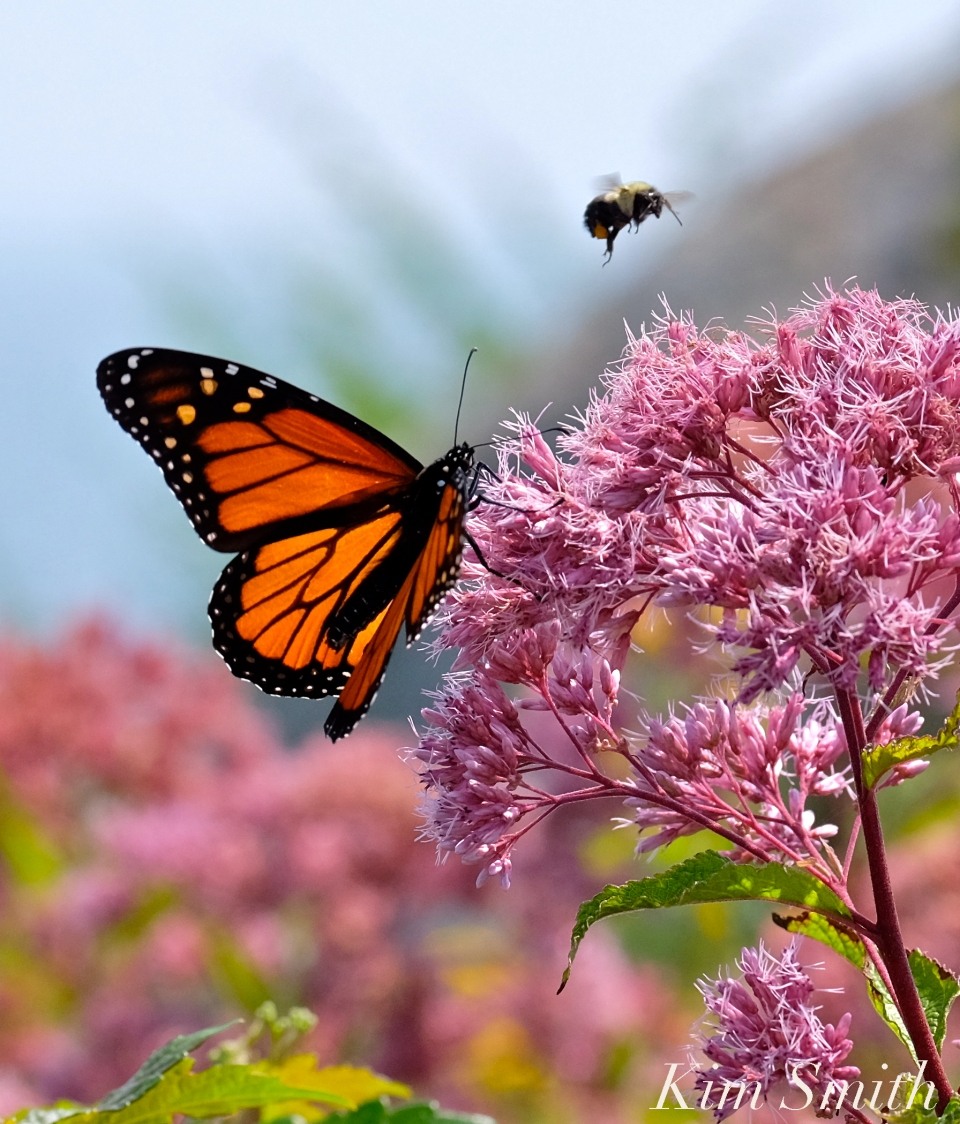 A bodacious beauty possessing the toughest of traits, Joe-Pye Weed (Eutrochium) is the stalwart star of the eastern native plants garden. Large, airy dome-shaped flowerheads blooming in a range of shades from pink to lavender to purple provide food, by way of nectar, foliage, and seed heads to myriad species of bees, butterflies, and songbirds. Beginning in mid-July and continuing through mid-October, pollinators on the wing can find sustenance in a garden planted with Little Joes and Big Joes.

Joe Pye, the person, is thought to have been a North Carolina Native American medicine man who used these wildflowers to cure many ailments, including typhoid fever. The plants became know as Joe Pye’s weed.

A name changer from weed to wildflower would be a game changer for numerous species of native plants. Why do so many native wildflowers have the suffix weed? Because when the colonists arrived from Europe, they wanted their crops, as well as European cultivated flowers, to grow in their new gardens. Anything native that interfered with their plans was deemed a “weed.” Examples of beautiful and invaluable North American native pollinator plants with the name given weed are milkweed (Asclepias), sneezeweed (Helenium), ironweed (Veronia), and jewelweed (Impatiens capensis).

Three favorite and fabulous species for the New England landscape are Eutrochium purpureum, E. maculatum, and E. dubium. Joe-pye grows beautifully in average to moist soil, in full sun to light shade. Plant Joe-pye in the back of the border. E.purpurem grows five to seven feet tall, while Little Joe grows three to five feet. With their beautiful blossoms, robust habit, winter hardiness, and disease resistance, these long blooming members of the sunflower family are treasured for their ability to attract an array of butterflies, bees, and songbirds to the garden during the mid- to late-summer season.

Just look at this sampling of the different species of Lepidoptera finding noursihment from the blossoms of Joe-pye! 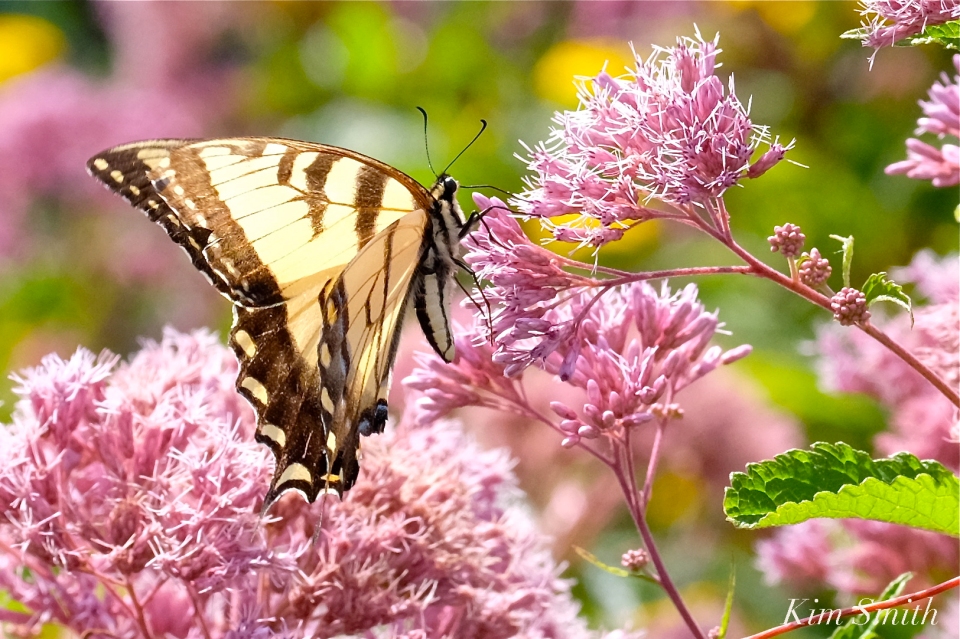 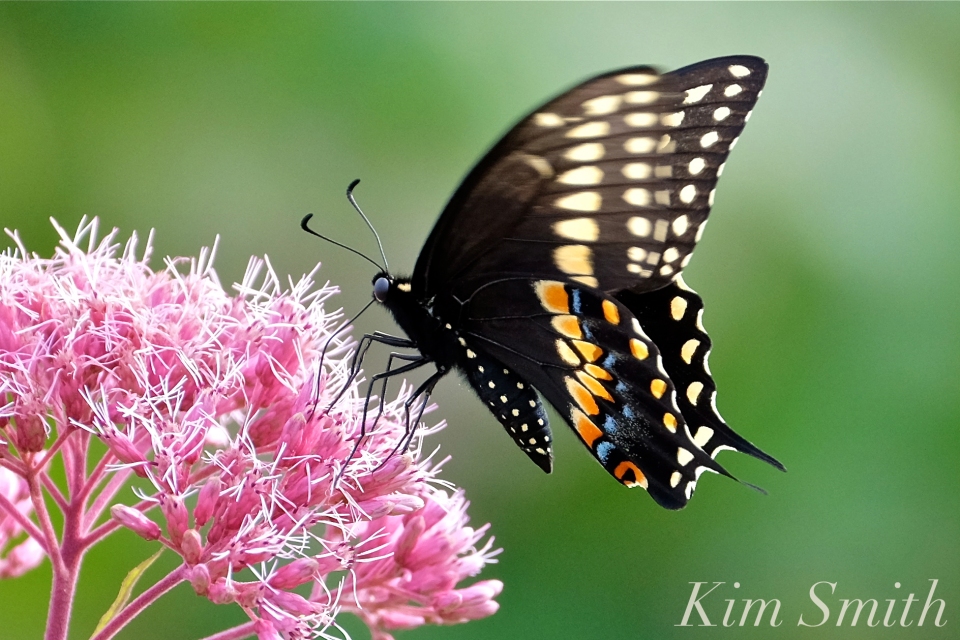 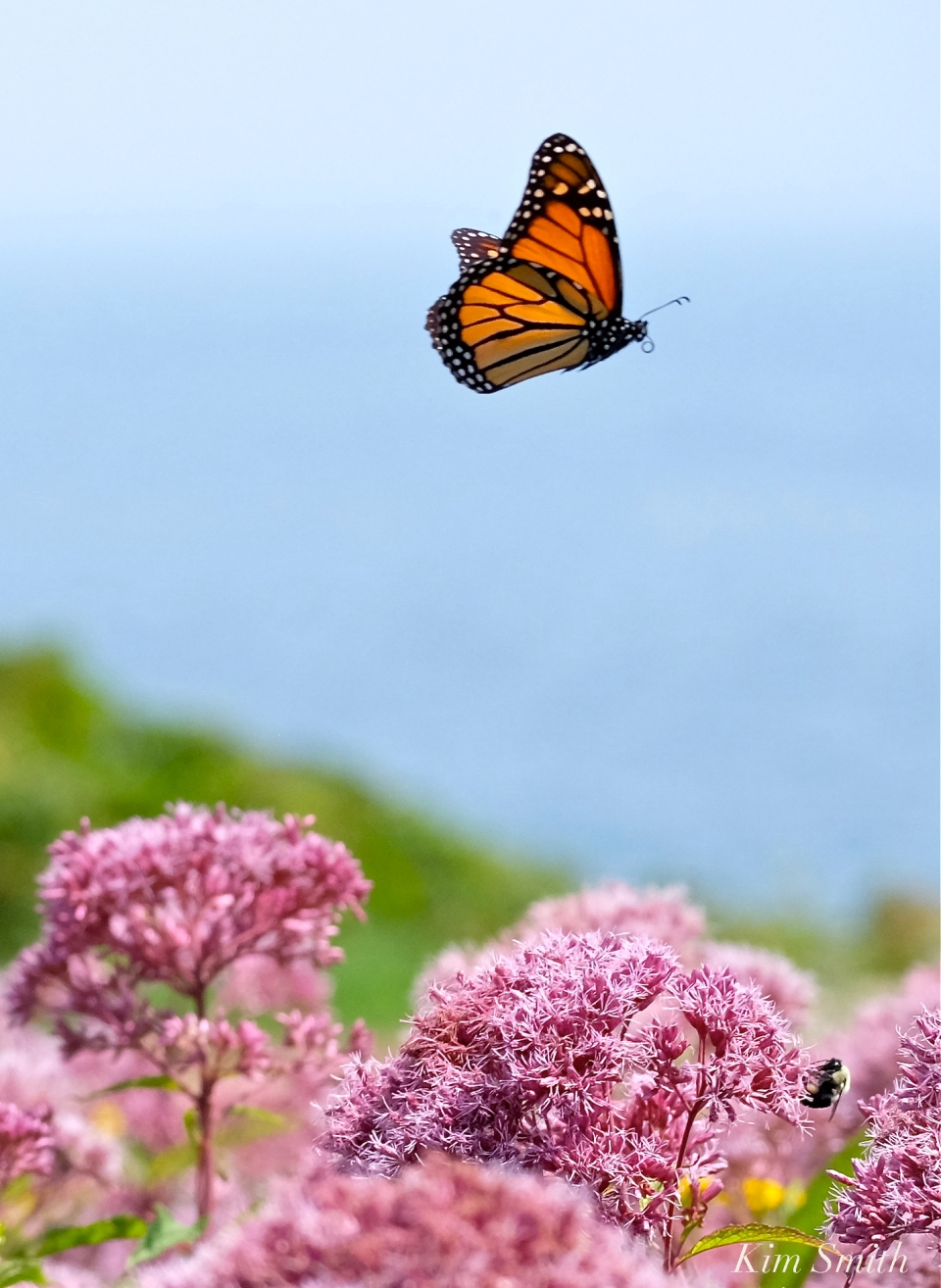 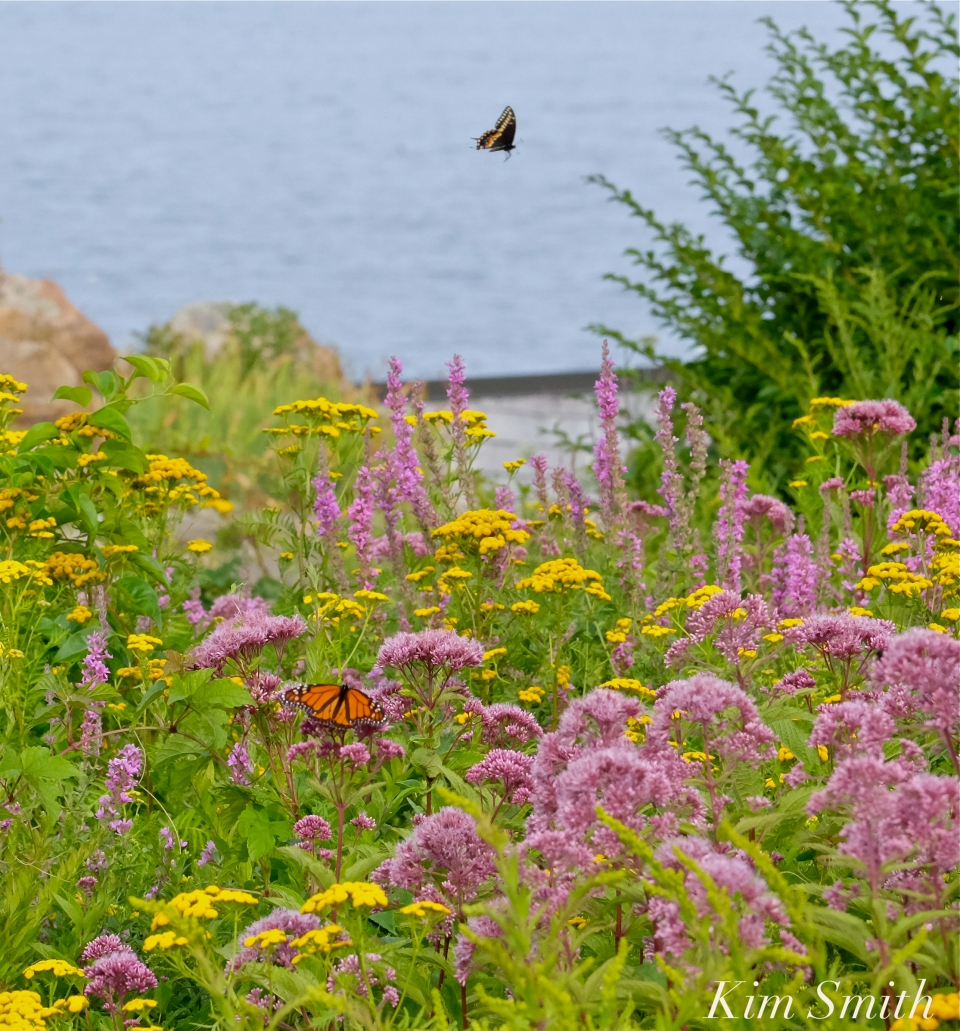 Joe-Pye does especially well in a coastal native plants garden. 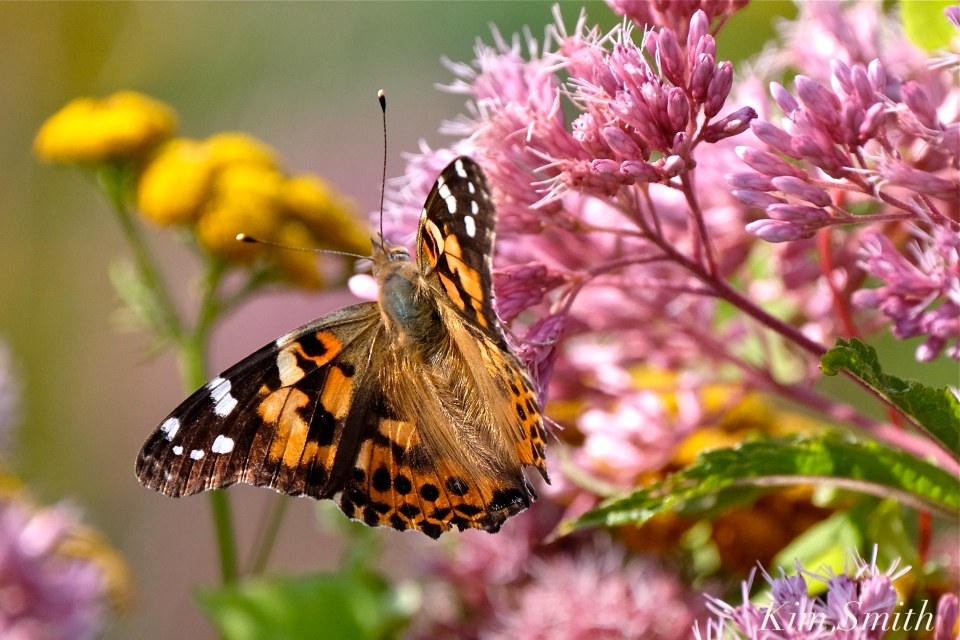 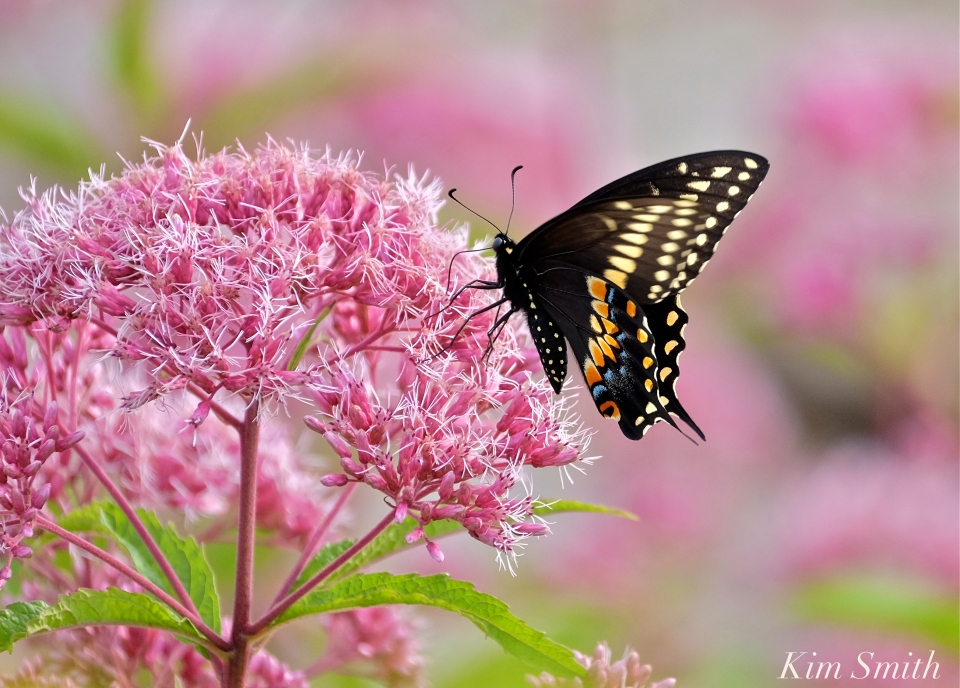 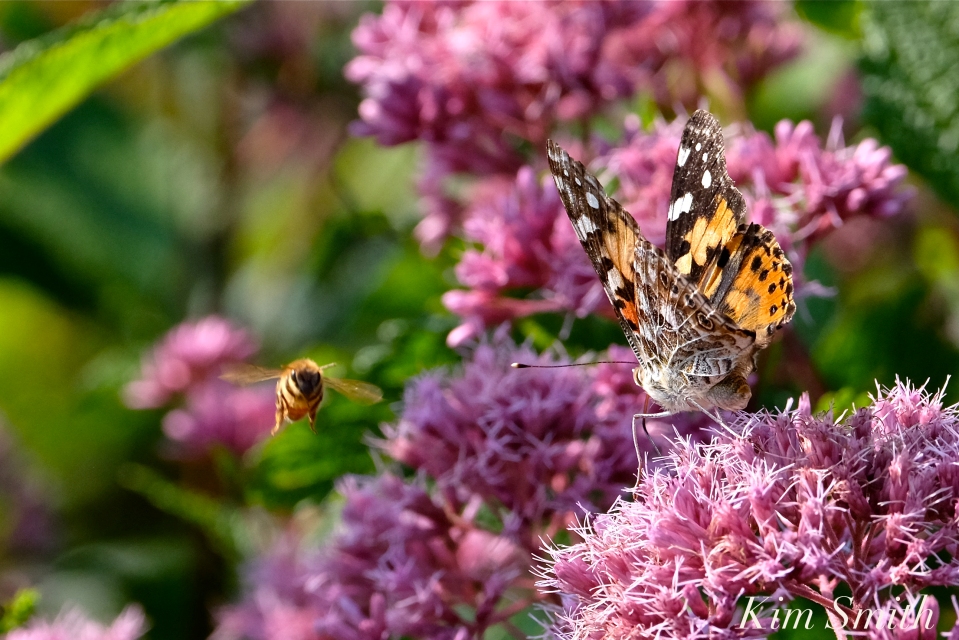 1 thought on “WHEN A WEED IS NOT A WEED and Why Joe-Pye is So Darn Lovable!”